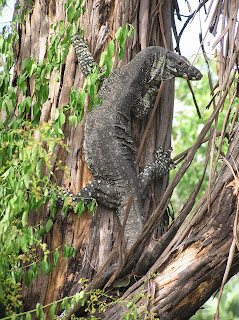 Posted by Catherine R Booth at 5:12 PM No comments:

As wolves are seen as a pest in some farm areas, the pressure is on to remove wolves from the endangered lists.
However, wolves are extremely important in their ecosystems.  Remove the wolves, and their habitat and its inhabitants will also disappear.
Please visit Animal Advocates and sign their petition to keep wolves on the endangered list, which will be sent to President Barack Obama. 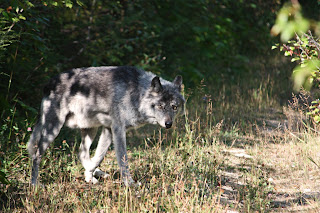 Posted by Catherine R Booth at 5:28 PM No comments:

This is a fascinating look into how lemurs think.

A blog well worthy of following. 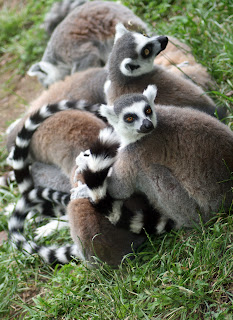 Posted by Catherine R Booth at 9:27 PM No comments:

Email ThisBlogThis!Share to TwitterShare to FacebookShare to Pinterest
Labels: how lemurs think

This is fascinating information. Well worth a look if you're interested in current Snow Leopard population statistics.
Posted by Catherine R Booth at 7:12 PM No comments:

Snow leopards are endangered mammals that live in Central Asia and the Middle East.  The adult snow leopard is up to four feet long and weighs 60 to 120 lbs.  They have spotted fur that is white, pale yellow, cream or gray.  Their thickly furred, flexible tail is nearly as long as its body, and they are muscular, graceful and agile big cats.  They can jump across a space up to 50 feet wide, and leap upwards up to 20 feet.

Their spotted fur provide excellent camouflage.  Snow leopards have a well developed chest, short forelegs and long hindlegs for leaping.  They have large paws for walking upon the snow, and their long flexible furred tail wraps around their face and body for warmth when they sleep, as well as providing balance when they are awake and moving around.  Their fur is long, with a thick woolly undercoat. 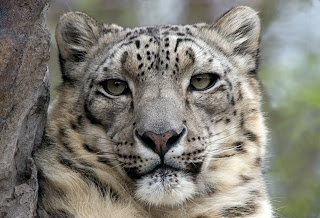 In summer the snow leopards migrate to alpine meadows and rocky areas high up in the mountains. In winter, they migrate to the lower forest areas to find prey.

Snow leopards are solitary animals except in the mating season, which is in late winter to early spring.  The gestation period is approximately 100 days, and they can have 1 to 5 cubs, more usually 2 or 3.

The snow leopard's diet consists of the following, depending on which area they inhabit; arkhar, boar, markhor, marmots, ibex, and rodents.

Snow leopards were declared endangered in 1972 and are on the red list alongside pandas.  They are hunted for pelts, and for body parts used in Chinese medicine.  They are also hunted to protect farmland and farm animals.  Their habitat is under threat from logging and land development, and humans compete with the leopards for their prey.

Snow leopards respond well to captivity and breed either in the wild or in captivity.  There are approximately 3500 to 7000 snow leopards in the wild, and about 600 in zoos worldwide. 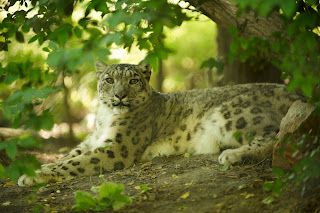 Sources:
http://www.snowleopard.org/ (accept donations if you want to help save snow leopards from extinction)
http://www.earthsendangered.com/ (some useful links here to other organisations)
Endangered Wildlife on the Brink of Extinction (book) by George C. McGavin

Posted by Catherine R Booth at 2:32 PM No comments: